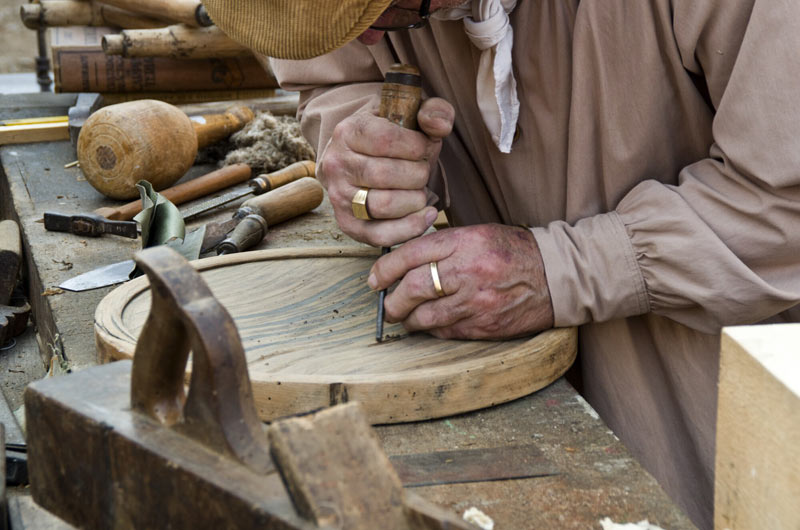 The 1920s was an important decade for interior design because it introduced the world to Art Deco. Almost the opposite of minimalism, Art Deco emphasized the wealth and luxury of the 1920s by using extravagant designs that were expressive without going overboard.

It was also when burl wood first became popular. Its strange and intricate patterns fit in perfectly with the glamour of the 1920s. Burlwood's popularity died down after the 30s, but it comes back into style every now and again.

This raises a few questions, though. For instance,what is burl wood, and where does it come from? We'll answer those questions and many others in this article.

Before we discuss the various uses of burlwood, we should talk about what it is and where it comes from. Burlwood is a rare type of wood that comes from trees damaged during growth.

In response to this damage, trees sometimes create something known as a burl. A burl is a round, protruding growth on a tree, usually on the trunk. Aside from the basic idea of early damage, the exact cause of burl growth is unknown.

Burls are formed from undeveloped sprouts that never developed into branches. They are not usually a danger to the tree in and of themselves, but cutting a burl off of a tree will damage it.

2. It Only Grows in Nature

We've mentioned that burlwood is rare, and it's rare for a good reason. Since burlwood only forms when a tree is damaged or stressed, there isn't an ethical way to farm it. It's actually illegal even to try because purposely damaging trees to produce burlwood is considered a form of poaching.

There's also no guarantee that a burl will form when a tree is damaged, so farming them isn't practical. Burls can also occasionally disrupt a tree's ability to transport nutrients, thus killing it.

The upside of all of this is that burlwood is considered an exotic wood and often sells for hefty sums.

3. They Can Take a Generation to Form

In addition to being a bit of an oddity, burls are slow to grow. Oftentimes, it takes decades for a tree to develop a burl. When burls do occur, they often grow underground near the bottom of the trunk.

With burlwood being basically impossible to grow and difficult to find, many people prefer to preserve any burlwood they do find. This makes it far easier to work on burlwood projects later on.

Things that are unique are often treasured, and burlwood is no exception. We've talked about what burlwood is, where it comes from, and why it's so uncommon in this article. However, there's only so much we could fit in a single article.

Fortunately, you can learn more about burlwood by visiting our site. If you're more interested in buying burlwood than reading about it, we can help. We have a wide selection of various types of burlwood in our shop , so you should have no trouble finding what you need.

Global Wood Source is a family-owned and operated lumber yard and mill specializing in exotic woods from around the world and rare domestics. We personally acquire and inspect each piece of log and timber obtained from forests and jungles worldwide.